Reviews for No Good Deed 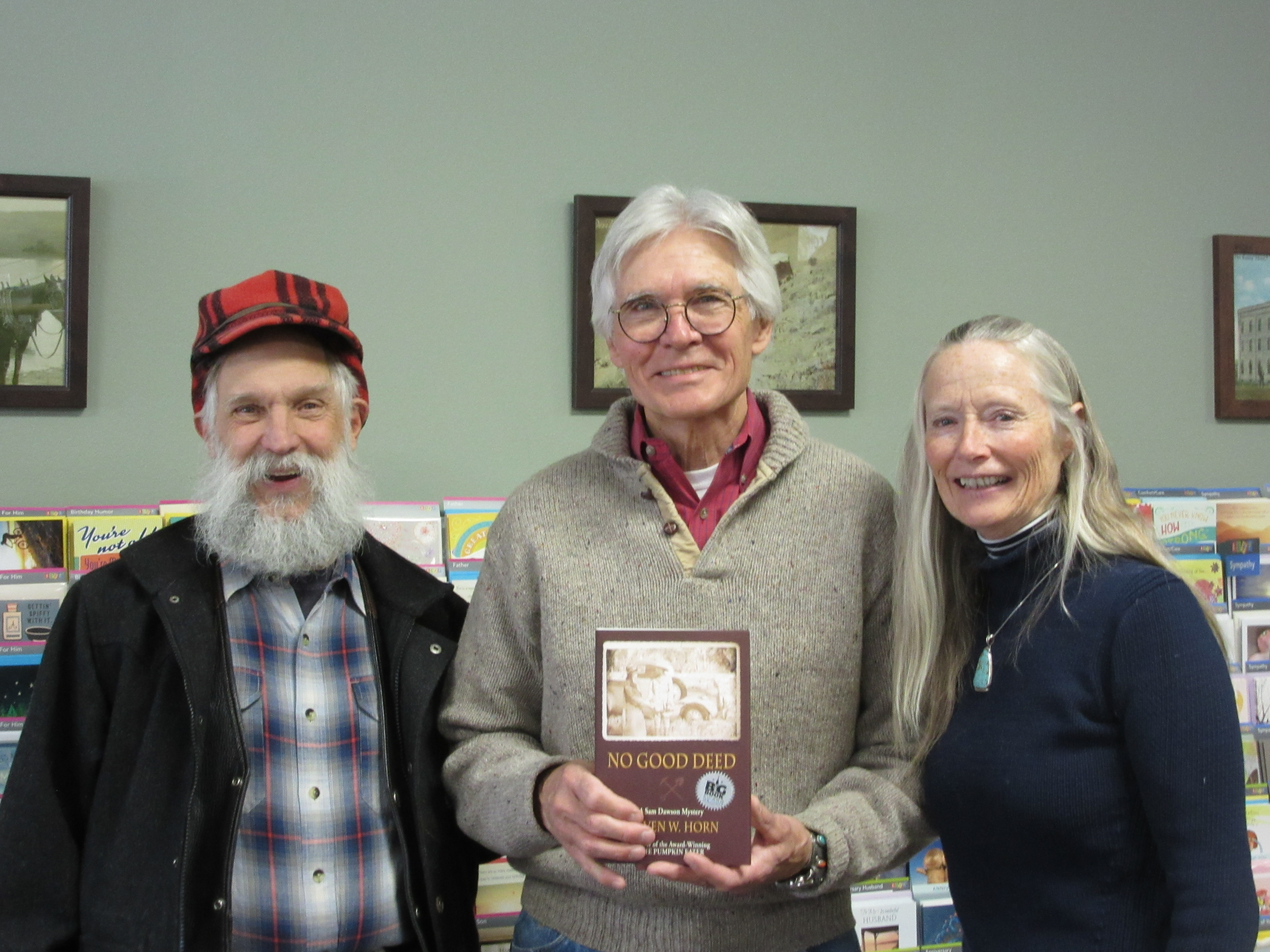 Both have read Horn’s latest novel and said,”This is a masterpiece. From the very beginning, we were engrossed, riveted, and turning pages to see what was going to happen next. Each time we knew, Steve pulled the rug out from under us, and sent the story off in a new direction. “Didn’t see that coming,” might be a watch word for NO GOOD DEED. We have one word for this one: “Outstanding!”

The annual New York City Big Book Award has recognized No Good Deed: A Sam Dawson Mystery as a Distinguished Favorite in the mystery category.

The New York City Big Book Award competition is judged by experts from different aspects of the book industry, including publishers, writers, editors, book cover designers, and professional copywriters. Selected award Winners and Distinguished Favorites are based on overall excellence.

“We are happy to highlight these books, recognize their excellence, and share their achievements,” said awards sponsor Gabrielle Olczak.

No Good Deed adds to the Sam Dawson series and follows the photographer/historian’s latest attempt to unravel a mystery of the past. This latest revolves around a dead teacher who knew the truth about a boy’s fatal shooting a century before, and who reaches out from beyond the grave to compel Sam to help solve the mystery once and for all.

One delightful aspect of No Good Deed is that it isn’t about a singular mystery, but the entanglements and process of Sam Dawson’s life as he struggles with romance, a long-dead legacy, and political impacts he never expected. He’s an expert in locating lost graves, not in matters of heart and political process, but his expertise is dragging him into affairs that begin with good intentions and push him into puzzling conundrums.

No Good Deed holds the signature combination of strong characters and well-developed tension which made the other Sam Dawson books appealing, but adds a new level of intrigue and discovery to expand the dimensions of Sam’s experiences and test his decision-making process.

At every turn, there’s intrigue and tension; from the opener which indicates vindication is in the wind for a wrongful death to Sam’s encounter with Cricket, ranching history, health care costs, and links between cemeteries and graves and present-day politics.

The subplots and tense revelations that challenge and change Sam’s life drive a hard-hitting mystery that takes history and personalizes it, from a great grandmother’s possible lie to the lasting, far-reaching impact of bad decisions and deadly outcomes.

Sam’s interactions with his daughter, a potential love, and the past all spice an engrossing mystery recommended for all ages, from advanced high schoolers and new adults to adult genre readers who will appreciate the added touch of history and romance injected into a vivid story of discovery.

Horn’s entertaining fourth mystery featuring photographer Sam Dawson (after 2017’s When They Were Young) makes the most out of its clever concept—a search for vindication by the descendant of a wrongfully executed man. Dawson is still scarred by the loss of his lover, Annie, to a serial killer, but he takes a shine to lawyer Cricket McMurdy, who had ambitions of being appointed to the Supreme Court, until she was saddled with a family secret passed down for decades that led to her moving back home to Wyoming and starting an investigation into the execution of the real-life Tom Horn, who was charged with murdering a 14-year-old boy and hanged. Snippets of what that secret entailed are revealed through old newspaper clippings and flashbacks to 1903, when a teacher was accused of perjuring herself in defending Horn. Dawson joins Cricket’s crusade to clear her great-grandfather’s name, despite opposition from the powers that be, even going so far as to engage in some illegal grave-digging. Fans of mysteries with a Western setting, such as the Longmire series, will be satisfied.