Author Q&A About ANOTHER MAN’S LIFE 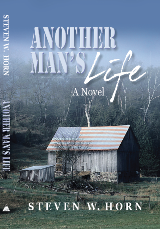 Q: The novel presents a rather unflattering image of our former President, Richard Nixon.  Why?
A: Fiction requires an identifiable antagonist.  Nixon was the Commander and Chief at the time  when this story takes place.  He was easy to cast in this role.

Q: How much of this story is based on personal experience?
A: It has been said that all fiction is autobiographical.  Personal experience certainly influenced the  story line of this novel.

Q: It’s difficult to place this book within an established genre.  Was this purposeful?
A: Unlike my other novels, ANOTHER MAN’S LIFE refuses categorization.  Real life is not a literary epic that can be neatly described by a one or two word label.  Rather, it transcends many genres as does this story.

Q: Where did you get the idea for the book?
A: It’s hard to pinpoint a particular time or even that triggered the thought processes necessary to develop the complex plot of Another Man’s Life.  Certainly the discrepancies of what I witnessed in Vietnam and what the public was told influenced my views about government and politics.  Eden Cain, the protagonist in the book, is a troubled man who keeps his secrets for 30 years.  Perhaps by telling his story, I have vicariously relieved myself of a similar burden:  Discussing a war that, until recently, nobody wanted to talk about.

Q: What would you like your readers to take away from the book?
A: Writing a novel is for reader entertainment.  If I can move the reader emotionally, I have accomplished my goal.  As far as a take-home message, I hope the reader will be more skeptical of what our leaders tell us regarding the motivation for war.  And, returning veterans need our support in facing the many complex problems associated with readjusting to society which has a very short attention span and an even shorter memory.  To a veteran, war is forever.